Surviving Grief in a Log Cabin as an Orphan and Widow 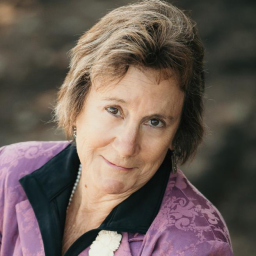 What I learned as a neophyte orphan building a log cabin in the wilderness and living there alone is relearned as a middle-aged woman living alone in a newly built modern house during a rampant pandemic.

Orphaned at age fourteen 14, widowed at 58, my best friend and colleague dying a year later reignited a disciplined solitude I began establishing early on. When I was 18 years old, I moved to an Oregon mountainside and built a home from surrounding trees and lived there physically alone, but still in the company of loss and grief experienced over the past four years in foster care.

Instead of dwelling on and being dragged down by the sad circumstances that led me to the mountain, I forged ahead. Constructing and following routines moved and motivated me toward resolution, as if loss can ever be fully resolved. Four decades later I am back to where I started but in the social isolation of a worldwide pandemic, not a wilderness forest.

Self-Support Through Discipline and Routine

Because the two people who acted as my emotional and physical supports had recently died, I had no one to share experiences with during the start and various heights of COVID-19. In the first three months of its arrival, I went out in public three times, masked, to the grocery store. As the days grew longer, being outside replaced being alone inside a house built for two. By the time nights were longer than days, I’d refortified discipline and routine that I first established at the cabin:

Physical and Mental Hygiene — Even in a Pandemic

Since it first rolled into our lives, people have used the pandemic as an excuse to relax hygiene and grooming. Zooming without pants became a thing along with wearing the same sweatpants you went to bed in. Repeated physical laxness may be detrimental to mental hygiene.

For the thousands of people who have lost friends and family to this disease, sleep, food, exercise, and cleanliness seem of little concern in the process of grieving. But they are steps toward recovery, pandemic or not.

Yvonne Wakefield's book, Babe in the Woods, is available on Amazon.

Yvonne Wakefield is an internationally exhibited and published artist and author who lives and works from a home and studio on Oregon’s shore of the Columbia River.

Both of her books, “Suitcase Filled with Nails: Lesson Learned from Teaching Art in Kuwait,” and “Babe in the Woods: Building a Life One Log at a Time,” are available in print, digital, and audio formats.

Visit her online at www.yvonnepepinwakefield.com or on Facebook as Yvonne Wakefield and Babe in the Woods: Building a Life One Log at a Time.