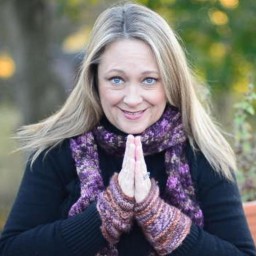 This Wednesday marks the five year anniversary of my stepfather’s sudden death of a pulmonary embolism, just after he returned home from surgery at the Washington Hospital Center. He had a fatty tumor located near his heart removed.

His best friend picked him up and drove him home. My stepfather walked over the threshold of his rented rancher and said “I think I overdid it.” With these final words he fell to the ground. I imagine this phrase was intended to describe the day’s events – but they also summed up his life.

Tom Clark was a photographer, amateur race car driver, pilot, and half of the time had an unmatched lust for life. A few month’s before his death he was honored with the Citizen of the Year Award by the Frederick Police Department for his photography memorializing Officer Mark Bremer, who was killed in the line of duty.

But the rest of the time his outlook was dark. Paranoia, mood swings, and unprovoked blame were the price we paid for the good times. Diagnosed with bipolar disorder, he was known to go off his medication from time to time. He and my mother had been separated for 361 days, and their divorce was to be finalized just four days later. Instead, my mother found herself what I will call an ambiguous widow.

There is a lot I could say about how I loved him, how his untimely death still fills me with sadness. I could talk about the ways he still makes me happy, and I’m sure I will in another article. But today I want to reflect on his living legacy.

After Tom’s surgery, he called me from his best friend’s car and asked me to pick up pain medication and deliver it to his home, along with three milkshakes, a couple cheeseburgers and fries. What can I say, he was excessive.

When I arrived at his house, I expected to see one ambulance in the driveway. He had bought the retired vehicle with the intention of turning it into a mobile photo studio.  On this day, saw two – one with red lights ablaze. I walked in on the paramedics – trying with all their might to resuscitate my stepfather, but there is no doubt in my mind he was already dead.

We followed the ambulance to the closest hospital, where he was pronounced dead upon arrival. I don’t remember it but it some point someone asked me about organ donation. I knew my stepfather wanted that, and I wanted that. So I said yes.

Although I was my stepfather’s executor, my mother knew him more intimately than I, and details about his health and sex life were needed to execute the organ donation. This interview was particularly unsettling for her. Understandably, after years of a difficult marriage, she was ready to move on in her own life, not dwell on the past. She told me later that the questions about his drug use and sexual activity were “graphic.” I can’t imagine these questions are easy for anyone.

Perhaps six months or year later – I don’t remember – my mother handed me a manila envelope with the Living Legacy Foundation of Maryland as the return address. Inside were two notes: One from the organ donation coordinator and one from the recipient. I didn’t open the envelope myself – I was not ready. So many people in my life died that year, I needed a break.

I waited so long that I forgot about the envelope until yesterday. Like many families, my husband and I decided to spend Memorial Sunday spring cleaning. He worked outside, while I stayed inside and sorted through boxes of papers. That manila envelope reappeared into my consciousness , and my sorting turned into frantic searching.

A part of me didn’t believe I just tossed that envelope into a file box – I figured I put it in what my family calls “a good safe place.” That turned out to be true. I found it in my file cabinet in an unmarked folder. It was thinner than I remembered, and I realized I had made up a story about the envelope and its contents.

I had told myself that the donor had written a four page letter detailing his or her health struggles, shared their family history and expressed in detail how the organ donation impacted their life. I had also told myself that the recipient knew specifically who the organ donation came from. That they had researched the finer points of his life, and felt I was so lucky to have the chance to know him. In my made up letter, my stepfather was their kind and benevolent hero.

Inside the envelope I found a five sentence note from the recipient. He offers his gratitude and says that he is sorry for our loss. He tells us that he needed a tissue graft for his neck, for surgery received after a car accident. He says that this gift has made a difference to him, and that he feels like a new person.

It’s that last part that gets me. I always wanted Tom to have the chance to be a new person. He had demons that I will never be able to understand. He was charming, and the good times were really good. He could turn on a dime though, and that really hurt. We had to learn to be empathetic, patient, and try not to take it personally even when it was directed like an arrow to our heart.

Now I know there is a man out there whose life has been changed for the better because of my stepfather’s gift. Because my mother was willing to do something very difficult in order to help someone in need. Yesterday when I read the letter I cried tears of sadness and grief. Today I’m welling up with tears of joy and respect for the preciousness of life.

My desire to hug the recipient is overwhelming.

In her note, the organ donation coordinator shares that the recipient included his last name in his note, but tells us that this is not typically offered in the first letter. This explains the black marks after the recipient’s first name – which looks like a clandestine government document.

The coordinator would not make it as a spy – I can read through the black ink. I can see his full name. But I respect the process, and choose not to Google him, but plan to call the coordinator on Tuesday and let her know I am ready to reply to this note. Maybe someday we can meet for coffee, and I can offer my hug. Maybe soon I can offer a follow up article detailing a new and beautiful friendship, but maybe I am once again making up a story of what is to be.

Either way, I feel grateful to deepen my understanding of my stepfather’s legacy. The thousands of weddings and baby portraits he took over his long career no doubt mean a lot to the families whose walls they grace. His Memorial Photo Album created for the widow and coworkers of the fallen police officer will help them reflect on their loved one’s life well lived. And my stepfather’s tissue donation will help one man live fully – and who knows how he will benefit others.

Today is Memorial Day and it is beautiful outside. Today I am going to go buy a flagpole for the Stars and Stripes given to me by the Army to commemorate Tom Clark’s death. Today I’m going to recognize my stepfather as a hero.

Heather Stang, M.A. is the author of Mindfulness & Grief. She holds a Masters degree in Thanatology (Death, Dying, and Bereavement) from Hood College in Maryland, and is a certified Yoga Therapist. She is on the Advisory Board for the highly regarded military family survivor organization Tragedy Assistance Program for Survivors (TAPS) and is a faculty member of the Portland Institute of Loss & Transition, founded by Dr. Robert A. Neimeyer. She is also the host of the Mindfulness & Grief Podcast, founder of the Mindfulness & Grief Institute and the Frederick Meditation Center in Maryland.