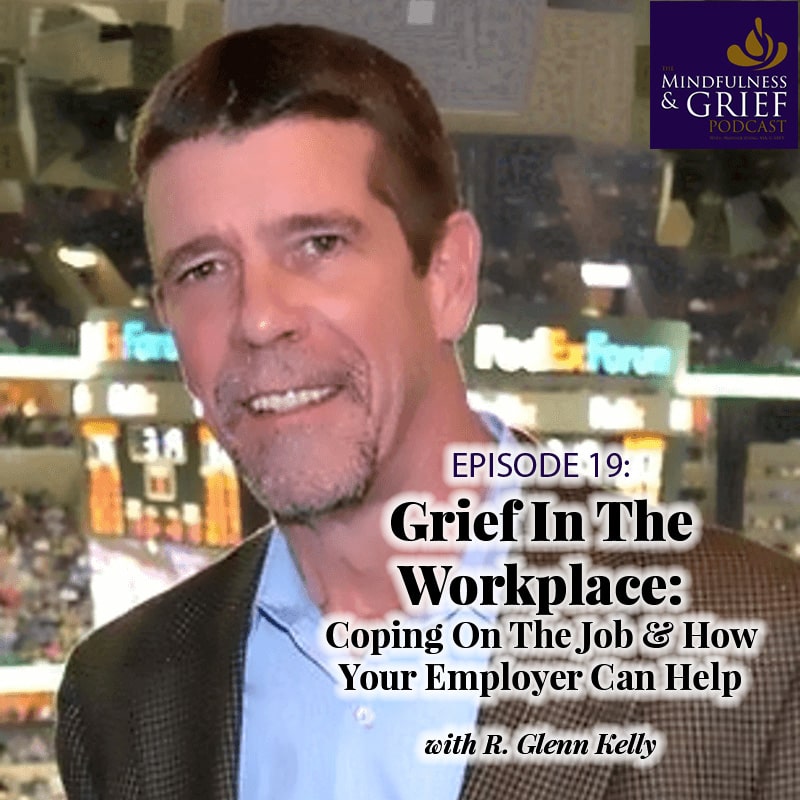 Grief In The Workplace with R. Glenn Kelly

Grief In The Workplace

Coping On The Job & How your Employer Can Help

In the 19th episode of the Mindfulness & Grief Podcast, R. Glenn Kelly (Ron) shares on the job self-care tips, as well insights into how business leaders and colleagues alike can cultivate a grief-literate work environment. A bereaved father and business leader, Ron is the author several books, including Grief in the Workplace and Sometimes I Cry In The Shower.

For some, work can feel like a safe haven, a normal experience in the midst of the worst time in your life. But for most of us, the two or five days of  bereavement leave just isn't enough. The reality is that most of us have to earn a paycheck whether we feel like it or not. After a major loss, work may feel like the last place any of us wants to be. There are many challenges that were not present before, including debilitating brain fog, uncontrollable emotional swells, preoccupation with our loved one and the business of grief, not to mention the unskillful platitudes offered by well-meaning but ill informed colleagues.

Over 4 Million active U.S. employees experience the death of a spouse, life-partner, or child every year. Research indicates that in addition to the pain the employee feels, companies are losing an estimated $100 billion in direct and indirect costs due to staff bereavement. But this statistic does mean there has to be a battle between employee and employer. In fact, with Ron's help, organizations like Delta Airlines have found ways to support their bereaved employees that benefit both company, employee, and the people they serve, and cultivating compassion and care along the way. 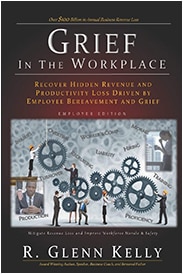 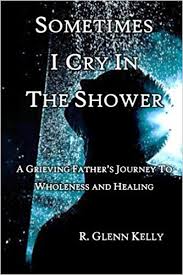 R. Glenn Kelly knows successful business leadership as well as he truly knows the pains of grief from the loss of loved ones. In 1997, his only child, Jonathan, was born with an undiagnosed and rare congenital heart defect known as Hypoplastic Left Heart Syndrome. The need for Jonathan to undergo several life-threatening open-heart surgeries as an infant would give the child a prognosis for a full life, but the early years necessitated extensive home-care by the family. This led R. Glenn to change careers from the dangers and late hours of law enforcement outside of Washington, DC, to that of a Monday through Friday executive in the defense contracting industry. Then, just as his toddler son began to fully heal and thrive, R. Glenn would experience the unexpected death of his dear mother at a very young age. It would not be many years later when an extremely aggressive and terminal cancer quickly took the life of his father. Then, just a few short years later, Jonathan’s frail heart would unexpectedly fail, and R. Glenn’s son would take his final breath on earth in the arms of his father.

R. Glenn would write his first award-winning grief support book, Sometimes I Cry in the Shower, just over a year after the death of his precious son. As a rare man willing to openly discuss a male’s grief emotions, he would soon begin to receive invitations to publicly speak at organized conferences. Since then, R. Glenn has served as a Keynote Speaker, Workshop Presenter, and Subject Panelist at numerous national bereavement support conferences, private businesses, universities, hospitals, churches, and more. He has discussed grief as a guest on numerous television talk shows, radio programs, internet webinars and podcasts, as well in newsprint and magazine periodicals. During this time, Ron has also authored other published award-winning books, and has contributed articles to various organizational magazines, newsletters, publications and websites. R. Glenn has served on the Advisory Board at Le Bonheur Children’s Hospital in Memphis, TN, and as a Board of Directors officer for several national and international non-profit bereavement support organizations.

In 2016, R. Glenn accepted his first of two consecutive invitations as the Keynote Speaker at the headquarters of Delta Airline in Atlanta, GA, for a company sponsored “fly-in” of bereaved employees from around the company. It was in preparation for the initial speaking opportunity that he began to compile his experiences as both a successful business leader and as a bereaved father to bring forward a seminar program that serves both the bereaved employee and the employing organization. Today, R. Glenn continues to provide Keynote and Workshop presentations for the bereavement support organizations at large, but also offers the Grief in the Workplace Leadership Seminars to aid forward-thinking leaders in mitigating over $100 Billion in annual revenue loss to business enterprises across America.