Being Parent to an Angel Child 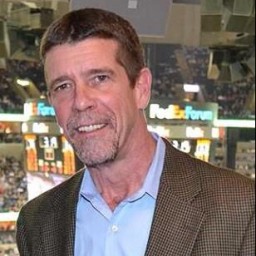 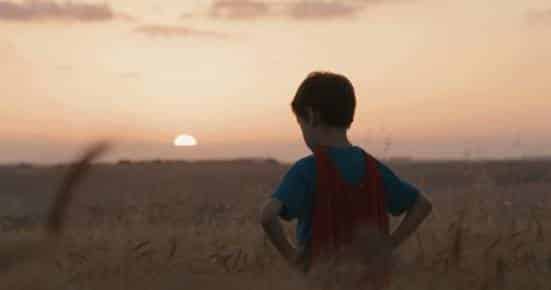 Who am I now? I rolled those four words through my mind frequently just after I lost my precious son and only child. I had been the father to an amazing young mentor who had changed the very core of who I was several times in his short sixteen years on earth. Jonathan had been born with an undiagnosed congenital heart defect known as Hypoplastic Left Heart Syndrome and not expected to survive his very first night. He would survive, however, through what I recognized mostly as a sheer desire to live, along with divine intervention, of course.

I could never fully express the pride I felt in being the father of my son. He taught me the value in a will to survive. He taught me that family love and a never-ending yard full of friends were the true secrets of life. He taught me that one could still make the High School golf team even while being impaired by a surgically modified half heart. And, through it all, he volunteered his time to allow research of his rare condition, knowing that it would help other unfortunate children who would come into the world with the same malady. I was proud to be his father. It was all I identified in being.

Then on that dreadful, tragic day, Jonathan’s fragile heart unexpectedly failed, and he took his final breath in my loving arms. Who am I now? When Jonathan was born, I was a cop. Yet, I gave that identity up to ensure he had the home care he needed during his troubled early years. I voluntarily gave that identity up, but I had no intentions of ever voluntarily giving up being a father. Still, my only child was gone. Who was I now? I certainly wasn’t that corporate executive I had evolved into over his 16 living years. To me, that was a job only to pay the bills and make sure I had good health insurance. Truth be told, being a corporate executive always felt kind of icky to one who had started out a life dreaming of public service. But, if I wasn’t that, and I wasn’t a father, then who was I?

I would struggle with who I was for months after Jonathan’s loss. Then one morning, whether induced by an odd mix of brain chemicals marinating in my mind, or a true spiritual visit, Jonathan came to me while I showered for the day. Like most will say of these visits, I couldn’t see him. I felt him in me and all around me. I closed my eyes and said, “Hi Baby.” He dispensed entirely of any return pleasantries and went straight to; “How dare you, Dad? How dare you not believe you are still my father?” I didn’t answer, but he went on; “Are you still a Marine, Dad?” Like any former jarhead would answer, I said aloud, “Yes, Jon. There are parts of being a Marine that will be with me for the rest of my life.” Jonathan then said, “Are you still a cop, Dad?” I replied, “Yes, baby. There are parts of being a cop that will also be with me until I die.” Then his voice faded just as he finished his final question: “Are you still my father, Dad?” I knew his spirit had left, but I answered regardless, knowing the response was really only intended by him for me alone; “Yes, my precious son, you will live and flourish inside of me forever.” Today, I can proudly say that I am the father of my angel and only child, Jonathan Taylor Kelly.

An engaging, dynamic and inspirational speaker, R. Glenn's high energy, expertise in grief and bereavement, as well as his personal experience as a grieving father and business executive are the perfect ways to bring insight and management techniques for mitigating the loss of grief and personal crisis in the workplace. He is an experienced Keynote Speaker and Workshop Presenter, mixing his own loss experience with knowledge and humor to help leaders become aware that the bereaved do not "Just Get over It." R. Glenn imparts the experience of being a former business executive and a bereaved father to provide awareness that grief is not just about the loss of a loved one. Employees can also experience profound grief after an unwanted divorce, a major change to personal health, a grown child leaving the nest, and along with so many other events, the death of a company leader. Each of these can have a negative influence on work, productivity, and the bottom line. R. Glenn has been "through the fire" of traumatic loss. His mission now is to inspire hope and healing through the experience and expertise gained after the passing of his son, Jonathan. He seeks to have others embrace the understanding that the loss of a loved one will impact a bereaved soul at home and at work. With support on the job, the griever can better move forward in the healthy healing processes. R. Glenn will inspire your leaders to build trusting relationships, decrease costs and injuries, and increase productivity through his motivational Grief in the Workplace Leadership Seminars.